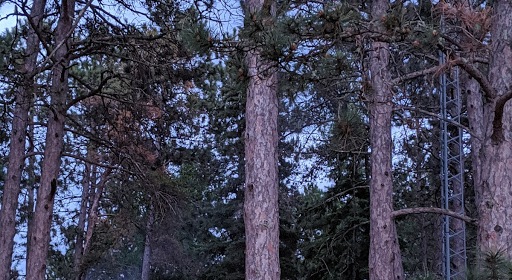 This here is a big one.

Like, the biggest. I can’t function until I write about this.

Is it even a real fandom site until I dive into the mess that is this subject?

Harry Potter shaped my childhood. It shaped many of my first experiences of the fandom world. J.K. Rowling inspired me as a woman, as a writer, and as an activist.

Is she the role model that I need now though? Or should her actions, and inaction, place her firmly in the past?

Can actions today affect the legacy that she has created?

Do we, as fans, move forward with or without J.K. Rowling?

In 2007, the author J.K. Rowling revealed to fans that her character, famous wizard Albus Percival Wulfric Brian Dumbledore, was gay.

However, the problem with that statement was that there was literally no mention of this in the books or in the movies. No hint. No indication.

Trust me, if there was, ficfans would have found it and spread it.

But it was 2007, and even earlier when she wrote the books. Maybe it was simply to early for that story to be told, I thought to myself.

Come 2016, and Fantastic Beasts and Where to Find Them was released.

2018, and Fantastic Beasts: The Crimes of Grindelwald was released.

Was Dumbledore depicted as a gay man? The answer is complicated.

What level of representation do we need?

Do I believe that every queer story has to look the same? No, obviously.

I was variety and diversity. I want stories that are all about a person’s gender and sexual identities, and I want stories about queer people that hardly touch on those things because they are to busy telling other aspects of their lives.

I am really sensitive, however, when it comes to the way mainstream media represents us. I think it is to easy for an author to say they are inclusive by commenting, after seven books, that a character was gay the whole time, even when every single relationship in her books to date appeared to be heterosexual.

With seven books and eight movies, I think we as fans are very right to demand a lot from J.K. Rowling when she says that one of her characters is gay.

I was certainly the first to applaud her, I think it is a boss-ally move to make that announcement about the most powerful wizard of all time, but actions speak louder than words. J.K. Rowling had the chance to show the queer community that we would be represented in the Harry Potter world, but did she?

Certainly there are some queer vibes. Dumbledore sees Grindelwald in the Mirror of Erised so like, you’ve got some desire there. Of course Harry saw his parents, so the desire does not have to be sexual (back down all you AO3 incest taggers, this is not a space for you). So really, we are still left to make that leap ourselves.

Dumbledore is gay. It is cannon. We know it, the director knows it. It really comes down to what they are willing to put in the movie.

Some say they aren’t explicitly addressing the relationship that Dumbledore and Grindelwald had because that isn’t what the story is about.

Others say that they are hiding the nature of the relationship to make the store more palatable for a larger audience.

One thing is for sure though. Eventually, Dumbledore and Grindelwald will have to meet, and then their past will be exactly what this story is about. It will be interesting, I think, to see what the franchize chooses to represent in that moment.

Will they stay true to Dumbledore’s identity as a gay man? Or will they leave just enough induendo in there to throw at fans when they raise questions over this exact issue, while still leaving their films bland enough that even the most homophobic of movie-goers will enjoy the film?

In my opinion, doing so would be a huge cop out, and a letdown to the fans that do believe in J.K. Rowling’s promise to bring more diversity into her stories. Cause on the surface, her stories are filled with straight, white, and cisgendered characters.

As fans, I think we demand more from our mainstream media now, so this story line should be handled with the utmost delicacy if the franchise wants to avoid losing the support of its LGBTQ+ fans and their wonderful allies.

While the debate about J.K. Rowling and the Harry Potter universe will doubtlessly rage forever, there are tons of other books that will give us the representation we crave.

We can demand better from the people who say they want to support us, but we can also do our best to support those who are already doing a stellar job of supporting us!

Fanfiction, of course, is my go-to. If you haven’t tried it, you’re missing out <3.

However, here are three of my fav books that do a really lovely job of showcasing queer stories and capturing a bit of the complexities of the queer experience. I flew through these books, and am currently obsessed with Gentleman Jack on HBO.

I came for the GOT and stayed for the queer representation: story of my life.

Release Party!July 13th, 2019
My novel will be available on Amazon Kindle <3 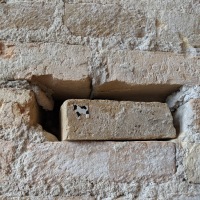